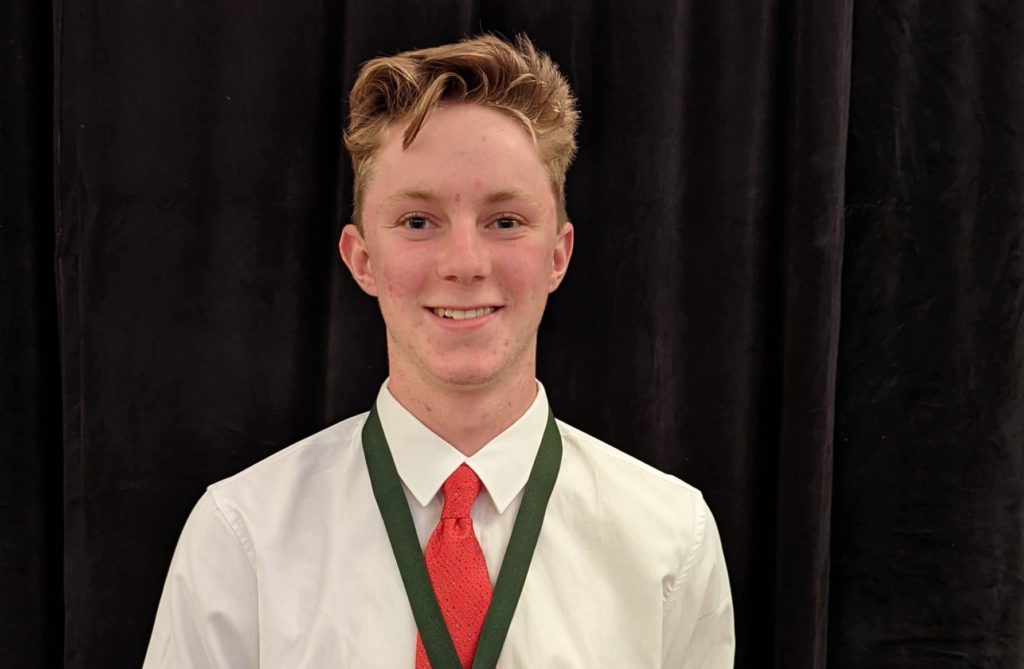 Watkinson School, a private school for grades 6-12/PG in Hartford, CT, is pleased to announce that Evan R. ’22 received an All-State selection for the 2021 Connecticut Soccer Coaches Association ‘Prep Small’ Team. The All-State banquet took place this past Sunday, April 10th at the Aqua Turf Club.

Evan was among the 24 members of the Prep Small team; these athletes were selected by the CSCA for having distinguished themselves in soccer during the past season.

About Evan’s selection, Watkinson Soccer Coach and Upper School Head Ryan Reese adds, “Ryan was our voice on the field, and he was the player who compelled each of his teammates to be the best version of themselves. Not only is he our most skilled player, but he also most fully exemplifies what it means to be a Watkinson athlete. His kindness and supportive approach to bettering the squad are also paired with a beautiful brand of competitiveness, one that isn’t overly demonstrative or fake, but rather one that is deeply felt and respectful of the beauty of the game. He made all around him better with a timely tackle or perfect ball into the attacking third. In the most important moments, he was there – bagging two goals to put the finishing touches on a playoff victory over Christina Heritage.”

The Connecticut Soccer Coaches Association was officially established in 1973. Since its inception, the Association has catered to the needs of the boys’ high school soccer players in our state. Each fall, at the conclusion of the scholastic soccer season, the CSCA selects a group of high school players to be designated: All-State, All-New England, and All-American. The Association holds an annual banquet to honor these players.

Evan is a three-sport athlete, playing varsity basketball and varsity ultimate in addition to varsity soccer, and in each case is a captain. He is also an honors student who participates in Watkinson’s rigorous Global Studies Program.

Watkinson School, a private school for grades 6-12/PG, is Hartford, CT’s oldest co-ed independent day school. To schedule a tour of our private school and to see what our students,  parents, and alumni have to say about their experiences at Watkinson School, click here. Our next info session for prospective families is May 5 at 9am.